I'm not going to lie...this week was rough.  It was harder than we even expected.  We didn't realize that we had so much anxiety going into Christmas.  I think, in the back of our minds, we naively thought that maybe the grief might lessen a bit after we endured Christmas...but we were wrong.  It almost feels as if it made it worse.  There is so much emotion and tradition that is wrapped up into Christmas...and it was all a reminder of what we have lost.  I didn't even know how stressed out about it I was until Christmas day and I realized that over the past week I had ripped my cuticles apart until they were bleeding, my lips were chewed apart, my skin was stressed, and my tummy was a mess.  I hold my grief so internally...but it started to seep out physically.  By Christmas morning I was a stress bomb and when I couldn't find something I was specifically looking for, I lost it and broke down.  The simplest thing.
Anyway, so as for "celebrating" we had decided to opt out of all of that with family.  The hoopla of all the traditions sounded way too painful for us this year.  We didn't want to do anything that we would've done with Vienne...no stockings, no huge gift exchange around the tree...etc.  This year was supposed to be spent up in Washington at Mark's Dad's new house he built on the Puget Sound.  So, instead of going, we asked each of his family members if they would come and visit us at some point over the next month.  Mark's brother, Dan and his wife Becky who live in Boston with their two kids, Luke and Ellie, came to visit us this past weekend before Christmas...just the two of them.  It was nice to have some time together alone with them.
Then, on Sunday night before Christmas, we had a small dinner gathering at my Mom's and Stepdad's. On Christmas Eve we did nothing.  And, unfortunately it was very depressing and lonely.  We just kept telling each other to try and forget what that day was.  And, then on Christmas we made plans with our best friends, Seth and Lacey and their kids, to go up to the mountain for sledding.  Unfortunately, the sledding trip bombed but it was, at least, nice to have people we love with us for the day...it was a good distraction.  And, the day after Christmas was most lonely and depressing...it had all blown over, we "made it through", and we felt worse.
Anyway, I will write a post soon on how my heart is doing.  Here is a stream of photos.  I know I look so "happy" in all of them.  Ivy makes me happy. 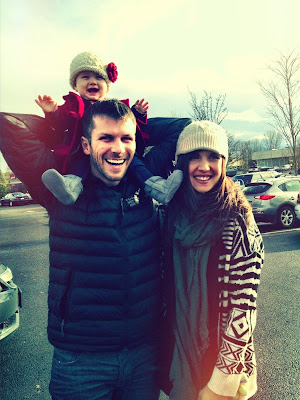 (weekend with Dan and Becky) 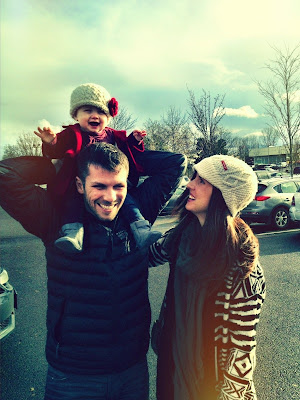 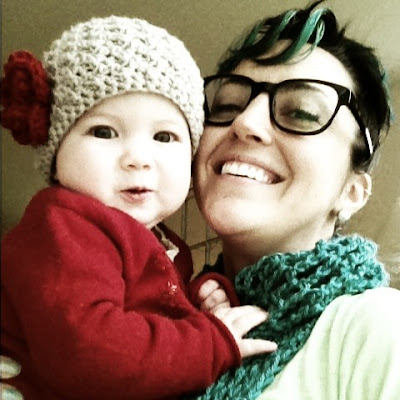 (Ivy and her Aunt Becky) 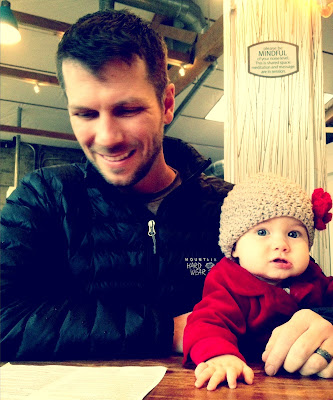 (Daddy and Ivy at a cafe in Pdx) 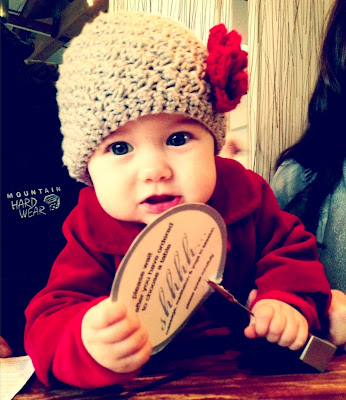 (she's just as ridiculously gorgeous as her sister, isn't she?) 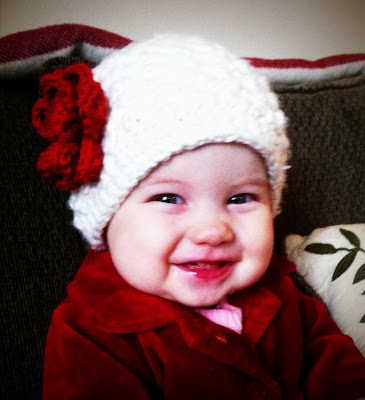 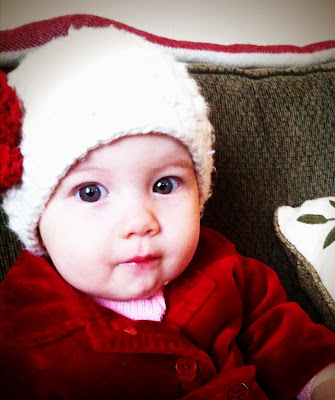 (her eyes are turning the same color as Vienne's) 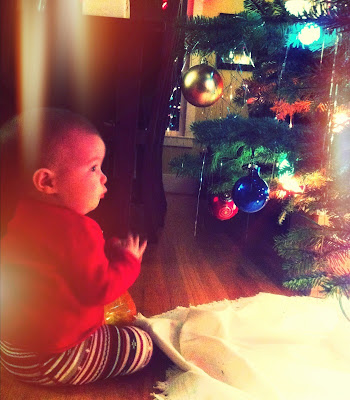 (no surprise - she is just as gentle and obedient as her sister was.  She never yanked an ornament off of Grammy's tree, just gently touched them.) 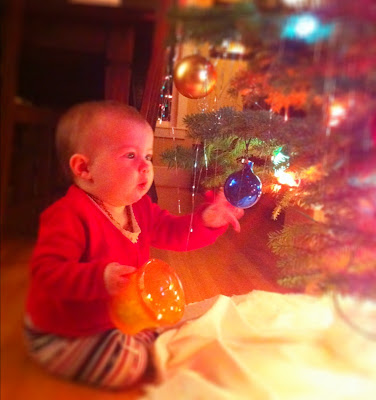 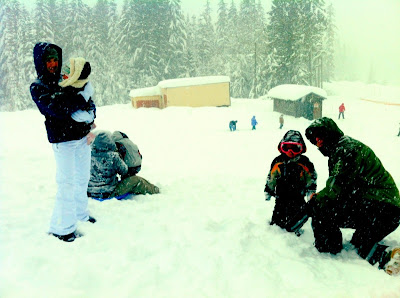 (attempting to sled in a "blizzard" was just too miserable for all.  We drove 2 hours, we dressed and bundled for 45 minutes...and we sled for 15.  And, then headed home.  No joke.) 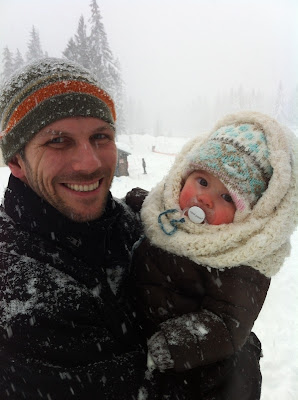 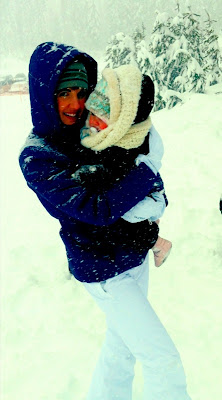 (trying to shield her) 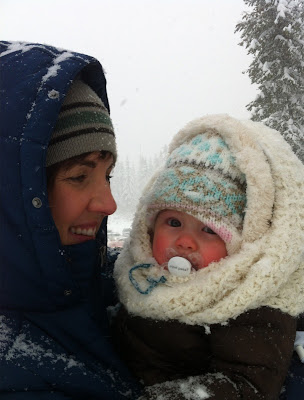 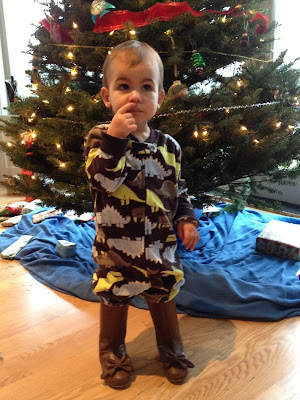 (the rest of these pictures were sent to us from Mark's family...documenting how they spent Christmas without us, yet focused on Vienne.  Here is Elliott in her dino jammies in honor of V) 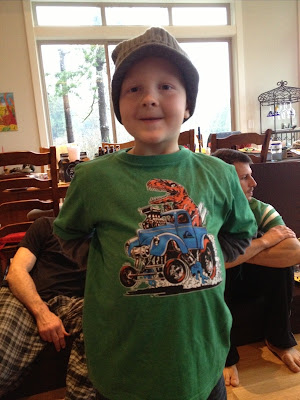 (Luke got a new green dino shirt in honor of Vienne) 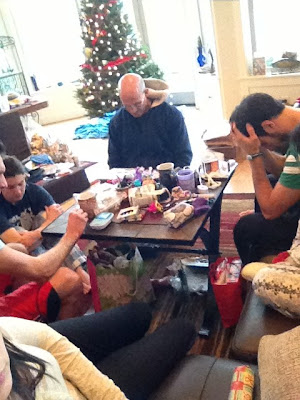 (after they opened gifts, they prayed for us...*tears*) 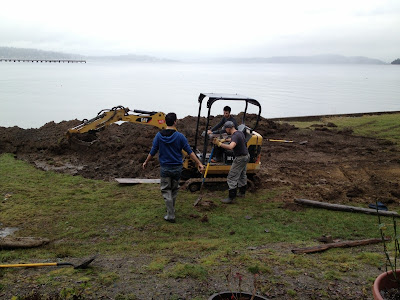 (to our surprise, Mark's dad rented a back hoe and the guys spent Christmas afternoon excavating an area on his property to create a garden for Vienne) 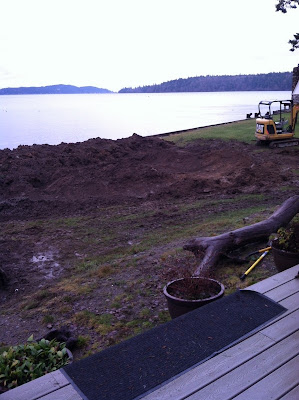 (it turned out VERY large) 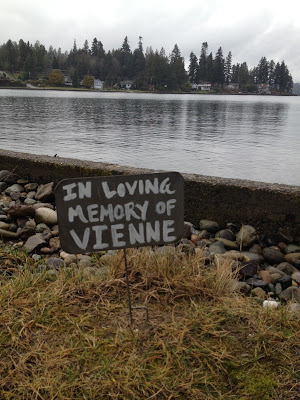 (how amazing is this?) 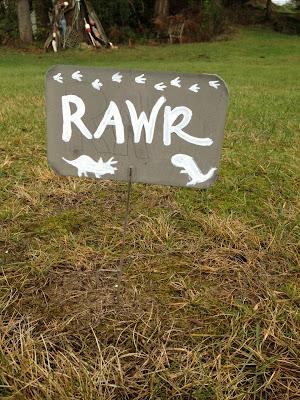 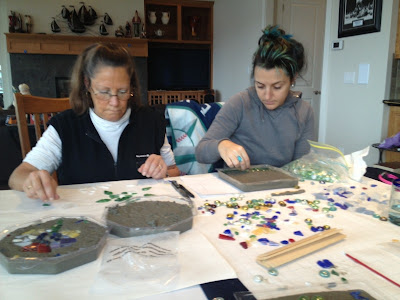 (the girls stayed inside and created stepping stones for Vienne's garden) 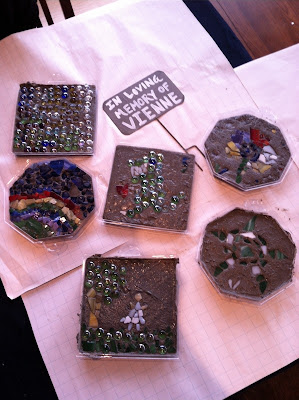 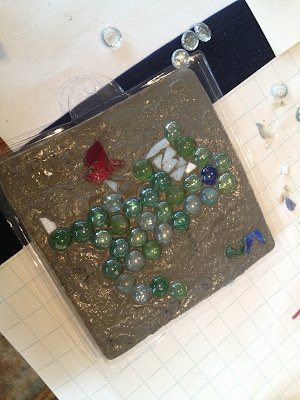 (this is Kinsey's T-Rex stepping stone...he's holding a heart) 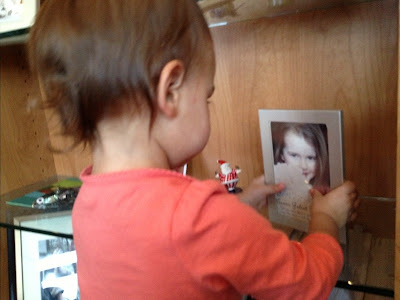 We had no idea they were going to spend so much of the time focused on Vienne, in an uplifting way.  Mark and I regret not having driven up on Christmas night or the next day.  We were sooo very lonely and depressed and it would've been nice to spend it with those we love.  We were just so afraid of ruining Christmas with our sadness and bitterness.  Oh well.  This is how it went.  And, it's over, at least.
It was hard.  But we survived.

As we always do.